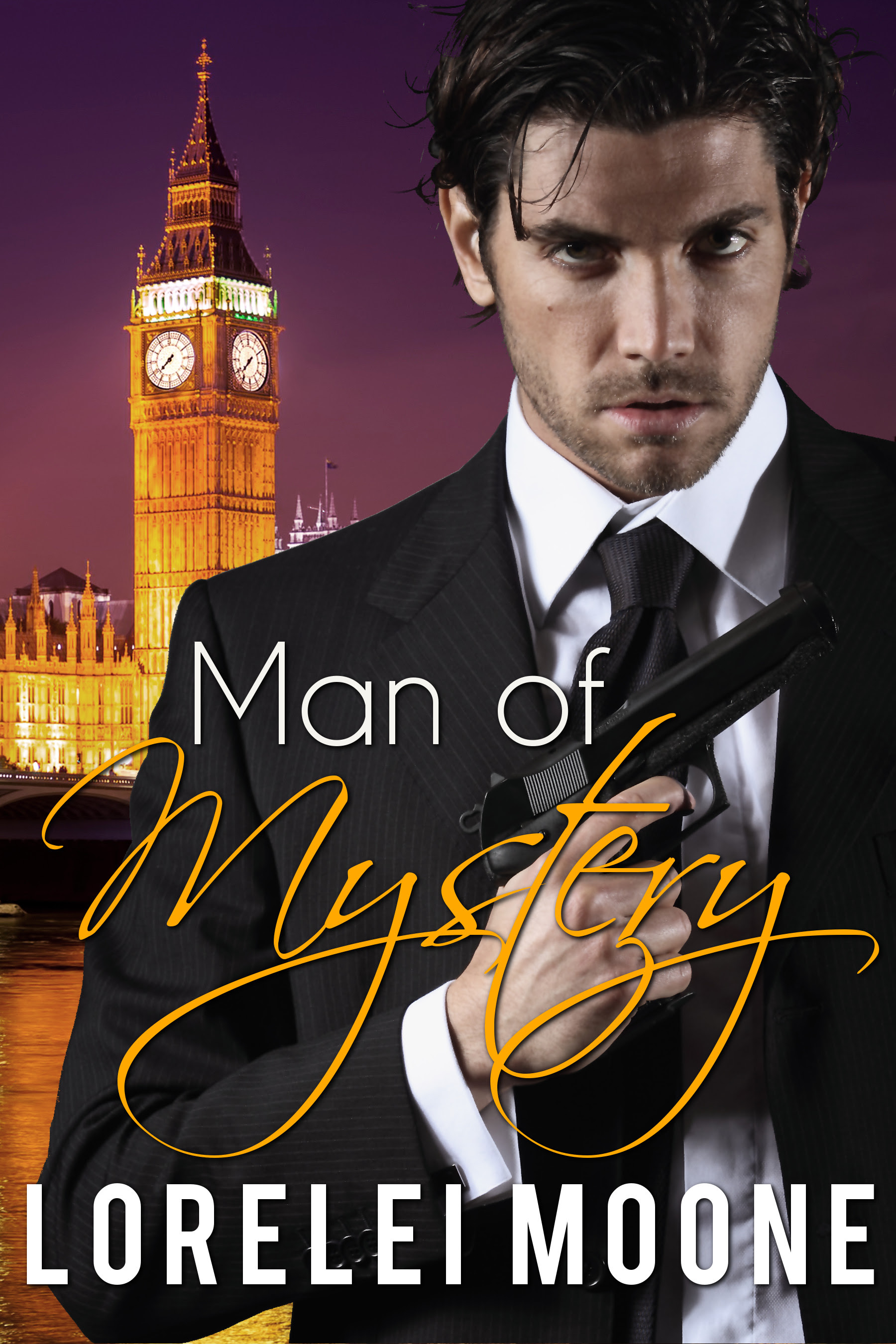 Available for Pre-Order on:

What would you do if on your way home from your boring work, all of a sudden a handsome stranger leaps into the back of your car and asks you to drive him to the airport?

Be terrified? Threaten him and hope he gets out and leaves you alone? Those were my first instincts as well.

There was something in his eyes, something in the words he said that made me pause though. What if this beautiful man really did need my help? What if my refusal meant not only that his safety hung in the balance, but that of the entire country? So I drove him to Heathrow Airport, and my adventure began…

What a day. I sigh and rest my forehead against the steering wheel. After getting called in for my semi-annual appraisal and having all my achievements from the past six months swept under the rug because Karen took credit for them, I can’t imagine how today could get any worse.

Of course, traffic can always worsen any day. It’s warm, too warm to be driving a twenty-year-old rust-bucket without air conditioning. And opening the window does nothing except let in more hot air and fumes from the thousands of cars surrounding me in what has got to be a record for west London. The traffic is spectacularly horrible for a Thursday.

Can’t I catch a fucking break?

I pick up my mobile and after scanning the surrounding vehicles, I figure it’s safe enough to make a call. No coppers around at the moment. The last thing I need is another ticket.

“Hey, Maggie?” I say, greeting the groggy voice on the other end of the line.

“Nothing. Same old, life’s a bitch. Shall we go out tonight? I could use the distraction.” The car ahead of me moves but I decide it’s not worth the effort to put mine in first gear, just to creep ahead four feet.

“Sounds great, but I have a date, and then straight to work. Another day perhaps?” Maggie yawns on the other end. Typical, ever since she’s started working the midnight shift at the airport, her routine has been all over the place.

“A date, huh? I’m jealous. Who’s the lucky guy?” I ask, even though I already suspect it’s that guy she works with, Alec, whom she’s been going on about nonstop lately.

“I finally decided enough is enough and asked out Alec. You know nowadays you can’t sit back and wait for men to make the first move. That’s all in the past. The dating scene is all about equal opportunities.”

“Mhm, if you say so. I guess I’m a bit old-fashioned that way.” Which is probably why I haven’t had a date in months.

“Say, you wanna talk about what’s going on? I have a little while before I need to start getting ready.”

“Thanks. Well, as I said. Same old.” I sigh, and squeeze the bridge of my nose to get rid of the beginnings of a tension headache.

“Your boss, Frank-something still bothering you?”

“No, I mean yes. Sort of. I had my appraisal today. Can you believe it? Of all my suggestions which were actually implemented these past six months, none of that was mentioned. That tart I told you about, Karen, presented everything like it was her idea, after making me do the groundwork. And now it looks like I’ve been doing fuck all and I’m not pulling my weight,” I rant.

“I see. Same old indeed. What can you do? People like her will do anything to get ahead, even if it means trampling those in her way. Keep calm, bide your time and return the favor or find another job. No other option.”

“Another job where? I ought to be grateful I have one at all with the way things have been going.” I take a deep breath and grip the steering wheel tighter until my knuckles turn white. I wonder if things ever get easier.

“True. If you ever change your mind on shift work, I could ask around at work?”

“Thanks, Maggie. That’s very sweet. I’ll let you know.” I’m getting desperate, but I’m not ready to work nights. Yet.

“Sure thing, Tess. OK, I’d better have a shower and all. I want to look my best for tonight.”

“Cheers. I’ll let you know how it goes.”

I put down the phone again, feeling slightly better after venting to Maggie. What are friends for, eh? The space in front of my car has opened up even further and I finally do pull ahead.

Metal boxes in all shapes and sizes as far as the eye can see. Perhaps there’s an accident up ahead. It’s going to take at least an hour to get to the motorway from here in this mess. That means I won’t make it home until God knows when.

Urgh. I rest my head back on the steering, wondering if anyone would notice if I had a short nap behind the wheel.

The click of my rear door followed by a gust of air causes a cold shiver to creep down my spine. Someone’s behind me!

“What the hell?” I instinctively snatch up my handbag and phone from the passenger seat while turning around as best I can to face the intruder.

“Shh…” The man cowering half on the back seat makes a calming motion with his hand, but doesn’t look directly at me. My heart is hammering in my throat, threatening to make me freeze up, but I react almost on autopilot anyway.

“Get out! Get the hell out of my car!” I shout, while rummaging furiously in my purse. “I have pepper spray.” My fingers grasp a small deodorant bottle. “And I’m not afraid to use it!”

“Be careful with that, if you blind yourself we’re both done for.” His gentle and calm tone surprises me. If he’s trying to mug me, he’s got a strange technique.

“I… what do you mean, we’re both done for?” I’m still pointing the deodorant bottle in his general direction, but am suddenly not so sure I want to spray him with it.

“I need you to drive. I swear I have a good reason to get into your car. Also, you’ve got that the wrong way around.”

My fingers shake even more intensely as he reaches out for the can, and twists the nozzle in his direction.

“Shit. I’m sorry. Thanks. I mean…” Why the hell am I apologizing to this criminal? Still, I feel like a total idiot for threatening to spray him with what is essentially perfume. I suppose it would hurt if it ends up in his eye, but it’s not quite mace, is it? I lower my hand and take a proper look at him.

The stranger is still sort of hiding half in the foot well and half on the seat, skittishly looking out the window, while sneaking glances in my direction. He doesn’t look like a mugger. But then, I’ve never been mugged, how would I know what a mugger looks like?

Still, his suit and shirt make him look more like a businessman than a criminal. Or a waiter perhaps.

“Good thing you’re no longer intent on making me smell like… Lush Lavender, is it? Yeah. Not really my style,” he says with a subtle smile on his face.

“There’s no accounting for taste,” I respond, while keeping my gaze fixed on his eyes. Green, bright, focused. “Now, if you don’t mind explaining yourself.”

“Of course. What would you say if I told you that there are some very bad people heading to Heathrow right now with a cargo that could destroy the world as we know it?” he says.

“I would ask if you’ve been drinking.” I continue to stare at him, but he’s unfazed by my reaction and smiles again. How is he so calm? This whole thing has got to be a joke. 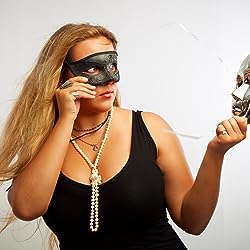 Lorelei Moone is an up-and-coming author of paranormal romance based in London. Her first book, Scottish Werebear: An Unexpected Affair has hit the virtual shelves on Amazon on 25 September 2015, and her second, Scottish Werebear: A Dangerous Business a month later on the 25th of October. A lover of all things sweet, and caffeinated, when she’s not writing about sexy bear shifters and their strong-willed curvaceous love interests, Lorelei can be found baking cookies or cakes for her family.

Keep an eye out for future releases in the Scottish Werebears Series, with book 3, Scottish Werebear: A Forbidden Love planned for November/December 2015 and audiobook versions of the entire series being in the making as well.

Lorelei is a participating author of the brand new ShareBear mailing list. Would you love to receive weekly emails full of brand new werebear/other shifter books as soon as they hit the shelves? Sign up here: http://eepurl.com/bxbyMn

Loosely based on real life events. Win has to survive long enough to save himself and the little blonde bombshell who has his heart in a grip with passion pink fingernails.

The COMPLETE library of FREE!